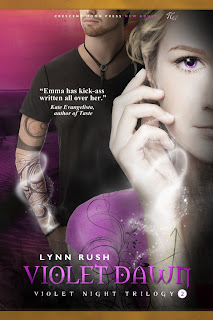 
In the darkest place, the Light shines brightest.

Emma’s love saved Jake from life as a vampire. But their happily ever after is threatened by a savage Vamp seeking retribution for destroying the Avenos Trinity of Evil.

A mysterious stranger enters the mix, coinciding with the first Vamp attack in months. Emma’s new friendship, and the suspicion and deceit surrounding it, further drives a wedge between her and Jake.

To complicate things, Emma is bitten by a Vamp with abilities no one has ever seen before, and that bite has left its mark.

A mark that might tear Jake and Emma apart forever… 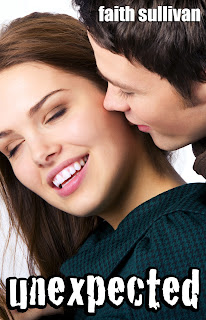 A day that forever changes the destiny of college overachiever, Michelle Rhodes.

Shattered, confused and alone, no one understands the trauma consuming her until she meets Connor Donnelly.

A native New Yorker, he believes he can aid in getting her life back on track. But what if he's even more broken inside?

Offering her a chance at a fresh start, Connor convinces Michelle to move in with him. Hiring her to waitress at his bar, their mutual attraction only complicates matters.

As more details surrounding Connor's past emerge, Michelle uncovers the full magnitude of the loss he's trying to hide. Refusing to let her feelings for him hinder his recovery, she makes a decision that winds up hurting them both.

By sacrificing her heart, Michelle thinks she is helping Connor come to terms with his grief. Little does she know, Connor is gambling everything for the sake of having a future with her.

What happens is truly unexpected.

Where to find UNEXPECTED: KINDLE  |  AMAZON 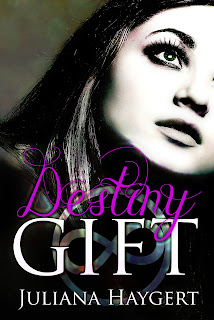 Thirty years in the future, a sinister New York City exists in permanent darkness.
A student at the secured NYU, nineteen-year-old Nadine has visions of Victor Gianni, an imaginary guy she has real feelings for. Afraid of being truly insane, she explains the visions away as simple daydreams, but she can no longer deny them when she bumps into Victor in real life. But this Victor doesn’t know her, and turns her away. After the encounter, Nadine’s visions change to those of eerie fates, gods she’s never heard of, demons with sharp claws they are not too timid to use … and instructions.
To discover if she’s losing her mind, Nadine follows the vague directions—with the real, rude and reluctant Victor—leading to a man who knows it all: Nadine can restore an ancient creed by unveiling the clues on her visions, and bring sunlight and peace to the world again. But that’s only if the demons and the other evil forces behind the darkness don’t stop her first.

Sounds like some great books! Thanks for bringing them to my attention. :-)

So many books, so little time...
Congrats to all three!

Thanks, sister! Thanks everyone ;)

No problem! :) Thanks for stopping by!

Carrie, thanks for always being there to support fellow authors :-) *HUGS*

Thanks, Carrie, for sharing Violet Dawn with your readers!!! :)