Other Uses for STRENGTH & FAQs!

I am touched that so many of you have expressed your desire to support me, even though NA paranormal romance isn't exactly your thing. Thank you so much! To help you out, I have created this list of other uses for the paperback. :)


* E-books will go live on Thursday.

5. Use it to level furniture. 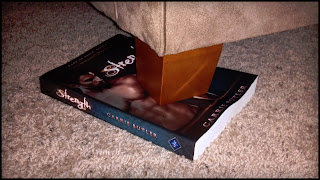 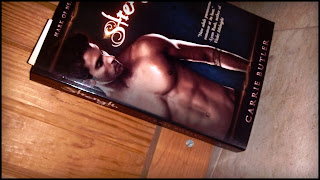 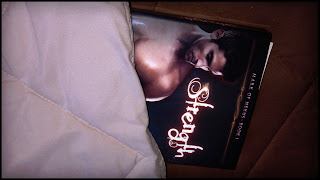 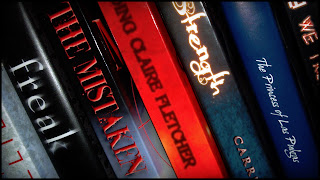 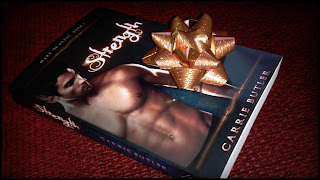 Oh! And while I have you here, I should probably answer a few of your questions...

Q: I saw a piece on your category the other night while I was watching Nightline. Is it true that NA is YA erotica?
A: No, it's not true.

Let's take a second to connect the dots.

Wouldn't you think they'd have access to better information? *Sigh* Oh well. I've always said the best way to combat misinformation is to offer an equal (or greater) amount of accurate information. So, in that vein, I'll make two points:

1. Most people consider NA a category—not a genre.
2. Not all NA is erotica.

"Two basic elements comprise every romance novel: a central love story and an emotionally-satisfying and optimistic ending. [Paranormal romance is a sub-genre] in which the future, a fantasy world, or paranormal elements are an integral part of the plot."

So, basically, you have what I'd call a supernaturally-charged love story. :)

Q: Is Strength, like, some fantasy of yours?
A: Well, it is fiction. So, I guess you could say it stemmed from a fantasy or a daydream. But if you're talking about the other kind of fantasies, well... you're going to be disappointed.

Q: Is Rena based on you?
A: No. If Rena were based on me, Strength would be a short story called, "Wallace Gets a Restraining Order".

Q: So, none of this is based on real life?
A: Every author uses fragments of his or her previous experiences to envision new things, but that's usually the extent of inspiration. This isn't a memoir.

I wouldn't mind if it were a memoir, though. Have you seen the cover? *grins*

Q: So, are you rich now? Any chance I could borrow some money?
A: No and no. I still eat ramen noodles and dart into traffic for loose change. If you want me to reach money-lending status, you'll have to help me sell some books. ;)

And there you have it! If you still have questions, please feel free to contact me. I love hearing from you all. :) Have a wonderful week, and I hope to see you back here on Thursday. Three days until STRENGTH's release! ♥
Posted by Carrie Butler at Monday, March 04, 2013

Get your book out from under the furniture! (:
I'm excited for you Carrie, three days left!!!

I would NEVER do that to a book. Okay, maybe a really really bad one.

I'm getting sooooo sick of people referring to NA as YA erotica. They obviously don't understand the definition of erotica, either. Very steamy sex in a book does not make it erotica. It's more complex than that.

Looking at that great cover, sleeping with it isn't a bad option. ;) Just saying. Of course, reading it is still the ideal choice!

Q: Is Rena based on you?
A: No. If Rena were based on me, Strength would be a short story called, "Wallace Gets a Restraining Order". - Totally just choked on my cup of tea! Great answer lol!

Maybe the Nightline thing is a roundabout way of trying to boost sales at Hyperion by sensationalizing it all.

Wallace gets a restraining order - funny!
No way anyone is using your book to prop up wobbly furniture.

Love this post. Haha. And I would totally sleep with my own published book. :)

Haha. I love that 'Wallace gets a restraining order' Didn't see that about Nighline. Gonna have to check that out. Silly news people :)

Awesome interview, and I admit using books for all of the above, and then some. :)

Q: Is Rena based on you?
A: No. If Rena were based on me, Strength would be a short story called, "Wallace Gets a Restraining Order".

That one had me cracking up. Congrats on Strength coming out in 3 days Carrie. And that doorstop and level furniture business made my heart stop. With a book? NEVER!

Carrie, now those pics are funny :-)

Hello Carrie.
I tried to leave you a comment earlier and it disappeared. It's been happening to me a lot so I went to the Blogger help forum and asked for help...hence the above comment from Mr. Croll.

Apparently its something to do w/ my settings. Hopefully I've fixed it.

I wanted to tell you that I'm looking forward to the release of your book. It sounds very intriguing. Best of luck w/ the release.
Heather

Is paranormal romance about ghost sex?

Congrats on the new release and, you're right, Christmas is closer than we think! (ducks and runs) :)

PS... Do I ever have a release-day-party post planned for you! heh heh heh *sly grin*

Oh my goodness. Me too! I wish there were some kind of universal wall we could tack out explanations onto. That way, we could clear up these misconceptions once and for all!

Or reading it IN bed! Best of both worlds. ;)

First, I LOVE your brag shelf! You know I have one, too, with you front and center. Second, I totally guffawed on the "Is Rena based on you" question!! Third, why is it people think that just 'cuz you published a book you're suddenly wealthy? I could buy the hubs and me a really nice dinner on my monthly royalties, but not much more. *cough*

Hah! Well, I'm definitely thinking about it. It's not like the story and I haven't known each other for two years... ;)

They're multipurpose! All the more reason to buy them. :) Thanks, DPK!

Wait, he IS wearing pants? Street cred just dropped a little... ;) If my wife sleeps with your book I'll be all :_( and send you my therapy bill.

I totally have my own "people I know" shelf!!! As budget permits, I expand my collection (and it makes me regret that I bought so many on ebook!)

Oops. I figured his comment was spam and deleted it. It did come through, though! Hmm...

Thank you so much! I really appreciate that. :)

I facepalm all the time, realizing that's what people think I write... LOL

Thank you, Mark! :) Hah! Yes, the Christmas countdown doesn't go over well with everyone.

Aww, come on. Tell hubby that sharing is caring. LOL

P.S. I am both excited and nervous about your party post... xD

1. Thank you! When I saw your Facebook photo this weekend, I nearly spit out my drink. It looked so similar to my shelf!

3. It seems to be a common misconception. Oh well. Being able to afford a nice dinner will be a step up for me!

Thank you, Nicky! I really appreciate it. :D

Kidding, kidding! No one quote me on that. This isn't #NALitChat! LOL

And don't worry. I'm sure your wife will wait until you're not home to cuddle the book. ;)

The very best kind of shelf! Oh, I know what you mean. I have to pace my collection, too. :)

LOL. This was epic, Carrie. And I'm glad to know that Wallace is wearing pants. :P

Can I get that guy to pop out of the cover so I can sleep with him AND the book? Or maybe we could read it together? That would be fine too! hehehe.
Love this post Carrie! Very cute!

I love this Carrie! I will most assuredly be using my copy as eye candy :D

Oh Leigh, you crack me up! And ghost sex?! haha I love it.

All I can say is I LOVED this book! Looking forward to the 'official' release!

Oh, dear. You're so funny! Can't wait to read this.

OFFICIALLY THE best q & a evar. lol. But that first picture almost broke my heart!

That could be the next trend in the literary world! Hologram heroes. ;)

Thank you so much, Natasha! :)

Why thank you, Angela! ;) Oh, mine too. You should've seen how fast I threw down the camera to save my book!

As usual I was busting a gut reading this. Very funny. Some people ask ridiculous questions, but it sure makes for a fun post. :)

Oh Carrie I am sorry but I would never use any book to put under any furniture or as door stop. That to me is book abuse, if you don't want to read it then give it as a gift or donate it to your local library. Me, well I am excited to get to read Strength!
Happy reading and writing*
Teresa
morris1963tess@yahoo.com

OMG, I can't believe you stuck it under the leg! Gawd, I would kill if someone did that to one of my books. LOL. Oh, Carrie, you kill me. But I guess one needs sharps wits in this business, eh? How else do we survive?

Why thank you, Mina! I'm pretty sure ridiculous questions exist to keep us from taking ourselves too seriously. :)

Good! These were suggestions for non-readers. I know you would give a book all the love and respect it deserves. :)

Don't worry. The chair wasn't very heavy. I tested it on my hand first. (See where my priorities are? LOL)

Or, you could use Strength as something to throw at Nightline.

Now that is an interesting idea... ;)

LOVE the suggestions on how you can use your book.LOL. ANd the q & a section was a scream.

Can't wait until THURSDAY to CHEER YOU ON!!!!!! All the best!

Thank you, Michael! I'm glad you enjoyed it. :D

You know, I've been wanting to ask about the pants for a long time. Thanks for clearing that detail up for me.

Now you'll have to excuse me. I'm going to take my book out from under the chair of the uneven dining room table.

LOL. I love the list of suggestions. And those questions were great!

He even wears pants in the book! It's crazy.

Haha! Yes, we wouldn't want anyone to see that. ;)

I love the uses of your book! Although, I don't think holding up a table is a proper use for the book. But it is sure funny, cuz the book is strong. hehe

Thanks, Julia! :) I was hoping someone would see the humor there!