State of Emergency by Summer Lane

Today, we have a special guest post from Summer Lane. Her debut novel, State of Emergency, releases today, and I'm so thrilled for her. Take it away, NA sister! :) 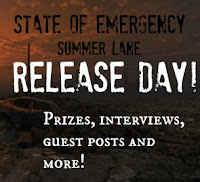 State of Emergency is the story of one girl surviving during the first few months of the collapse of modern society. Sounds cheery, I know. I’ve always loved dystopian, post-apocalyptic stories – particularly those with a lot of survival elements in them. I thought I’d combine my love of adventure stories and romance novels to come up with a book that had both elements. And I ended up with State of Emergency.

One of the inspirations for this novel was my own experience with prepping for emergencies. When I was in High School I kept an emergency Go-Bag under my bed in case the levees holding the river back near my house broke and we had to make a quick exit. I was always thinking about those types of situations, and what I would do if something bad happened. It wasn’t unusual for me to walk into a movie theater and scope out the whole perimeter, find out where the exits were, and make sure I could reach them quickly if there was a fire or medical emergency. I was always looking for an escape. Paranoid? No way. I just wanted to be the person who was prepared.

State of Emergency is the story of the end of the modern world, and the beginning of a more primitive one. But primitive doesn’t necessarily mean bad. It just means different. It means no iPhones or Skype or watching a movie on your tablet. It means finding your own food instead of shopping for it, building your own house instead of purchasing one, and walking instead of driving. This is how people used to live, and I wanted to find out how people in this world would react to getting thrown into a past one.

So how would the country be thrown so suddenly into a state of emergency? Earthquake? Invasion? No. I’d always heard about EMPs, or electromagnetic pulses, which are basically “e-bombs” that destroy every piece of unprotected computer-based technology in sight. So I opted for that. An EMP.

Cassidy also needed somebody that would help her survive in the crazy new world. A slightly naïve girl a couple of years out of high school might be smart enough to be prepared for an emergency, but she will need a little help. So I decided to give her a companion: Chris Young, a former Navy Seal who not only provides the knowledge that she needs to stay alive, but a great love interest. Because yes, romance it just one of those things you have to have in a story.

You can check out the Prologue to State of Emergency at http://writingbelle.blogspot.com 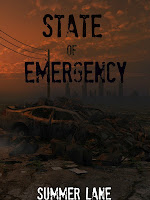 Cassidy Hart is your typical High School graduate: A little shy, a little sarcastic, and a little naive. But when an electromagnetic pulse takes down the United States, she's forced to kick into full survival mode when she gets separated from her father.

But with the help of a handsome soldier named Chris, she just might find her dad without getting into serious trouble. Emphasis on might. Oh. And there's the matter of avoiding getting killed in a world that's quickly turned into an active war zone.

It's going to change Cassidy's life.

It's going to be a major pain in the butt. 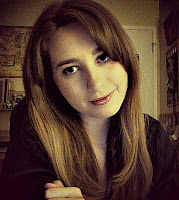 Summer Lane is the author of the YA/NA Dystopian Romance, State of Emergency. She is a freelance writer, editor and lover of all things feline. Summer is also the author of Snappy Social Networking: How to Dominate the Blogosphere & Everything in Between. In her spare time, Summer is the creator of the online magazine/blog, Writing Belle, in addition to being a frequent contributor at NA Alley, a website dedicated to all things New Adult.

Summer began writing when she was 13 years old, due to the fact that the long afternoons after school were somewhat boring, and writing stories seemed to make the time pass a little quicker. Since then she has written many books about jungle cats, secret agents, princesses and spaceships. She is also a non-fiction writer, but her debut novel, State of Emergency, is her favorite book yet. You can find Summer hopping around on the Internet by following her on Twitter @SummerEllenLane, or on Facebook: Writing Belle.

An EMP would suck. A lot of people would go into shock without all their gadgets!
Congratulations, Summer.

Sounds like a great story. What a cool concept.. I added it to my want to read list on Goodreads.

Congrats on your book release, Summer!

It's interesting to see how different people envision the end of the world as we know it.

Thank you, Natasha - great to meet you!

I love survival stories, too, so this is a definite TBR. And a Navy seal to boot? Whoa, yeah! Downloading to my Kindle now...

Love the sound of this! Added it to my TBR list:-)

Awesome - thanks for stopping by. :)

I hope no one ever figures out how to do that EMP. Your world sounds scary! Congrats and good luck on the new book, Summer!

I'm extending my "reading horizons" and trying out new genres... a dystopian post-apocalyptic story will definitely be added to my list at some stage... and this one sounds interesting!
Good Luck Summer!

This actually sounds really awesome. I'm off to add it to my TBR! Congrats and best of luck with it!

This is added to my list now Summer. Best of luck :)

You were super prepared girl. This novel is definitely a must read.

Summer, you look so young to be considering such horrendous upheaval. But the book sounds good. I love hearing how a story comes to a writer. Chris sounds like somebody I'd want along on the trip too.

Here's to your character's survival and your success!