In college, I wanted to be seen as a prodigy...

I devoured books on everything from organizational behavior to business philosophy—desperately trying to shape myself into the perfect, business-savvy android: a woman who could really give the old boys club a run for their money.  In my mind, having the grades, the experience, and the ambition was enough. More than enough. Companies would line up after graduation, vying to offer me entry-level positions to launch my professional career. My hard work would pay off.

And then I found myself caught in the headlights of reality. 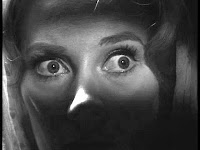 The job market was crap, my field was oversaturated, and, suddenly, I was receiving more loan repayment notices than junk mail. Following suit, my life spiraled into a chaotic whirlwind of upsetting, personal problems. (Starting with the death of a close family member on graduation day.) Before I  even realized it, my delusions of grandeur had been shattered.  Permanently.

It took me a while to bounce back from that.

Living in a small town didn’t afford me many opportunities and, for a while, I thought that was my problem. The truth was, I’d lost my competitive spark and no mindless, part-time gig was going to replace it. I couldn’t put myself out there again, if I was only going to end up frustrated and embarrassed. No. I was ready to accept mediocrity and the safety it promised.

That is, until I found writing.

It was something I hadn’t dabbled in for years—something I hadn’t made time for. Now that I actually had the time, it was daunting.  Could I chase down the few, idle storylines that lingered? Would I still enjoy making up stories? The answer, of course, was yes.

In between applications and freelance work, I wrote constantly. I’d always been creatively minded—drawing, performing, and painting—but this was different. This, I couldn’t get enough of. It was the most free I'd felt in years.

After a while, I toyed with the notion of sharing my work. It meant putting myself out there again, but, for some reason, it wasn’t nearly as scary as it should have been. I wanted people to read my stories. I wanted to know what they thought about them and how they made them feel. With that in mind, I swallowed my nerves and posted a few things online.

The response was overwhelming. Strangers from all over the world offered constructive criticism and advice, encouragement and praise. It was amazing. I didn’t realize it at the time, but those people—people I’ll probably never even meet—helped rebuild my confidence, one brick at a time.


(I’ve since pulled all of my online writing practices. My style has changed so much from those early days!)

It was during that period that I became more involved with volunteer work, joining up with a few non-profits. Now, that might not seem especially pertinent to this story, but do you know what happened? It changed me. Interacting with my community made me realize I didn’t want to be a high-powered business android anymore. I just wanted to be Carrie. If that involved business endeavors, so be it, but I was going to do it my way.

For the most part, you know the rest of this story. I became interested in pursuing writing as a serious career and decided that, this time, I was going to make my dream happen. I've thrown myself into my work and I love it. :)

Four things I try to do every day:

You know all those business-ish books I talked about? Some of my favorites were written by a guy named Seth Godin. You know him, right? The bestselling author/marketing maven? I thought it'd be appropriate to share a little bit of his advice, now that we’re on the topic. :)

In this video, Seth sits down with Dan Cathy (President and Chief Operating Officer of Chick-fil-A) to share a few, quick points about writer’s block, fear, and putting yourself out there.
(Don't worry. It's less than five minutes.)

It's funny to me how often you post things that I can relate to entirely. Feels a lot like I could have written this, for many reasons.

Thanks, Leah! I'm really glad someone can relate. :)

I have not read any of Seth's books, but I check out his blog frequently. They are insightful and thought-provoking.

:) Isn't it fun to dream? And life really does fit together when you encounter something you love...like writing. The best gift you can give the world is yourself. I think we all have something wonderful to offer. I love it that you're involved with the community. That's right! Never accept defeat!

@Rebecca - Thanks for stopping by! Oh, yes, he has a great blog. His book, ALL MARKETERS ARE LIARS, is a great read--if you ever find yourself interested. :)

@Laila - Absolutely! Too true. :) Thanks for the kind words!

What a perfect quote to leave us with! Hugs Carrie--you're awesome!

Freaking awesome… very uplifting and inspirational, you go girl.
I know you can do it!

Very inspirational. Your writing style has a really beautiful flow to it. It carries the reader (at least it did me) from one word to the next. It's like a Seth Godin book in that regard; and there aren't many people on this planet with his abilities. I wish you much fulfillment. Stay true to your values of:

And I believe you will

@Antony - Thank you so much. You have no idea how encouraging your words were, right when I needed them. I really appreciate it. :)

Thanks for sharing your story! I'm inspired by your determination and generosity. :)

You're quite welcome, Linda. Thank you for stopping by! I'm glad to have you here. :)

Come on over and play. We want to know more about you. :)

So pleased you refound your mojo and had the guts to share your writing with the world. I always learn when I come here and that's such a lovely thing! Thank you.

Thank you, Cheryl! I appreciate it! :)

What an awesome post. Life never turns out the way we think it will--sometimes in a bad way, sometimes in a good way. Things are weird that way. I remember I had a good friend who was working in a factory--80 hours a week and miserable. He really wanted to quit and go back to school but it was a big process for him to do it. Then he got laid off from the factory. While he was worrying about how to make ends meet, his mom called and said, "You should thank them for letting you go so that you can move on to the next phase of your life which will be so much better" and she was totally right. He's doing things that he actually enjoys now. I always think of that story because sometimes when bad things happen they lead to unexpected wonderful things. You just never know what's going to happen.

Thanks, Lisa! You know, you're absolutely right. That story is a perfect testimony to the fact that, as you said, bad things can lead to unexpected, wonderful things. I really appreciate it. :)

I think the lizard part of my brain is bigger than most people. Maybe that's why I don't act or do anything at all.

I love his definition of success. My brother in law has a very nice job, but has had offers to make twice or three times the money. He turned them down every time because they would require him to travel and see his family less. He said "I don't want to be the richest man in the grave yard. I want my kids to look back and think about all the great times we had. To me that would make my life a success".

This posting speaks a lot of your maturity. I hope one day to reach that level.

Thank you, Patrick! I'm really glad that you enjoyed it. Your brother-in-law sounds like a very wise man. We would all do well to follow his example. :)

What a beautiful post, Carrie. And that video is awesome. But best of all, is your final remark:

@Donna - Thank you so much! I really appreciate that. :)